My search for a full frame ultra-wide angle lens

Having upgraded just under a year ago to a full frame SonyA7R I was still using on the odd occasion my Sigma 10-20 f3.5 APS-C lens. As this lens was intended for use on cropped sensor (APS-C) cameras it meant that using it via my LAE-A4 adapter was always going to give me limited coverage. I could only really go as wide as about 15mm before the lens gave huge black borders around the entire image. See example here. I had to live with this which was fine but for some reason this lens also heavily vignetted even throughout the usable range of this lens on a full frame camera (15mm – 20mm).

With me getting more and more interior work I needed to make an upgrade to a true full frame ultra-wide angle lens. There were several options for me but the main question was do I stay native or go with an off-brand solution with the addition of an adapter. That is the beauty of Sony’s mirrorless A7 series cameras – pretty much any lens can be adapted to the increasingly popular system.

I did a lot of research into the lenses available on the market that would meet my needs. I read tonnes of reviews and watched loads Youtube videos weighing up the benefits of each. In the end my final selection came down to the native Sony Zeiss 16-35mm f4 (e-mount), Canon 17-40mm f4, Canon 16-35mm f4L IS and the Tamron 15-30mm f2.8.

Sony Zeiss 16-35mm f4
Sharpness across the entire image was a huge deciding factor for me when making my choice and the Sony offering (from the image examples I’ve seen at various settings) proves to be an excellent piece of glass in this regard. However one review by Tony Northrup suggests that this lens can be fairly soft throughout the image when zoomed in at 35mm. This lens is the most expensive out of the four so I’d expect top quality images from edge to edge at all focal lengths and settings. Check out the video comparing this lens to the Canon 16-35mm f4 IS here. Interestingly Ken Rockwell describes this lens as “the only sane choice” for an ultra-wide for Sony mirrorless cameras. Check out Ken’s review here. The filter thread diameter for this lens is 72mm which put me off quite a bit since I own several 77mm filters and yes I suppose I could have used a step down adapter to convert my 77mm filters to 72mm but at the risk of vignetting at the wider focal lengths.

Canon 17-40mm f4
This was initially my first choice out of the bunch mainly due to the fact that this is Canon’s cheapest ‘L’ lens and least expensive on my list. This lens is held in high regard throughout the landscape and interior photography world but after watching some review videos and checking out some images shot with this lens the quality just simply wasn’t there for me. The corners of the images unless at aperture ranges between f8 and f16 can be very soft and in fact you lose a lot of detail. One major benefit of this lens is that it’s the lightest out of the four in my list. Check out this video comparing this lens to the Canon 16-35 f4 IS USM here.

Tamron 15-30mm f2.8
As the owner of a Tamron 90mm f2.8 macro lens and always being impressed by the sharpness that lens gives (as all good macro lenses should) I thought I would also check out what ultra-wide lenses Tamron had to offer. The 15-30mm f2.8 is fairly new to the market having only been released early last year. I found some great reviews of this lens and the images were sharp throughout the frame. It also boasts the widest focal length out of all the lenses in my list. I could also get a Sony A-mount variation of the lens and adapt it to my A7R via LAE-A4 adapter like I currently do with all my A-mount lenses. These are all good factors but there’s a ‘but’. This lens doesn’t come in cheap at around the same price as the Sony Zeiss I’d be better off going for the native Zeiss. In addition to the cost this lens is also by far the largest and heaviest in my list weighing in at 1.1kgs. Also the issue of not having filter threads at the front of the lens due to the front element protruding akin to a fisheye lens put me off this otherwise top quality piece of kit. It’s worth noting that there is an adapter on the market to allow filters to be added to this lens, however, this is an additional cost along with extra filters. Matt Granger gives a good review of this lens as he pits it against the Nikon 14-24mm f2.8. Check out the video here.

Canon 16-35mm f4L IS USM
And finally on to the lens that I eventually ended up purchasing. Throughout all reviews this lens seemed to be the sharpest. I’ve asked several people on forums what their thoughts were when combining this lens with an A7 series camera and I was told every time that I wouldn’t regret it. This lens seemed to tick all the right boxes – it was sharp throughout, wasn’t the most expensive, has a 77mm filter diameter and also didn’t weigh a tonne like the Tamron. The added bonus was the IS (Image Stabilisation). Although for the majority of the time this lens would primarily be used while my camera was mounted on a tripod it was still a nice feature to have given that my A7R has no image stabilisation built in. I’ve heard that it can be possible to hand hold the camera with this lens and possibly achieve a shutter speed up to around 1 second with good results. Interestingly this lens tested sharper than the more expensive Canon 16-35 f2.8. This is likely down to the f2.8 version being a much older lens. It would have been nice for the extra stop of light but at the cost of sharpness and a much higher price tag that lens was ruled out straightaway. DigitalRev have a decent video comparing all three Canon ultra-wides. Check it out here.

Next came the decision for which Canon EF to Sony FE adapter I was going to use. There seem to be loads of these on the market but the main ones that I’d heard people using were the Metabones IV and Commlite adapters. The Metabones adapter straightaway was too overpriced for me at around £350. So I looked at the Commlite as it’s priced very reasonably at around £55. Most people were using the Metabones so I did a little searching to see if I could find some videos or reviews where someone compared the two and there’s a few out there and the Commlite compares very well with the Metabones. Auto focus on the Commlite matches the Metabones on lots of lenses which is the main criteria really. Build quality is not as good on the Commlite but I suppose that’s what you get when you pay a fraction of the cost. Check out a good comparison here. For me though I guess speed of auto focus won’t be much of an issue as this lens will mainly be used for interior photography with the odd landscape or architectural usage so I will always have time to compose my shot and be willing to wait the extra split second for auto focus to be confirmed.

Initial thoughts on the Lens/Adapter combination
After owning this combo for around 2 weeks with little use as yet I must say that I am quite disappointed with the focus on my A7R from my initial testing. Focus is very slow and frequently does not give focus confirmation at all. I haven’t had a lot of time recently to look at the files to check for sharpness etc. but I am hoping that the images that this lens will produce over time will live up to its reputation even if I have to use it with manual focus only. 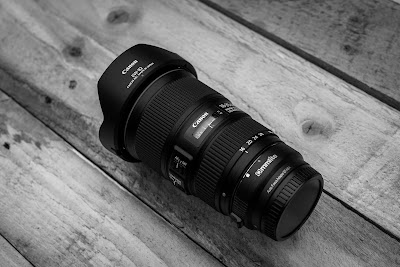 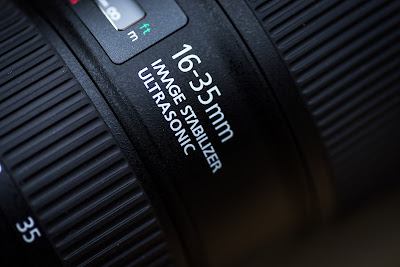 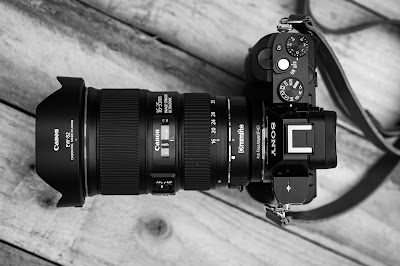 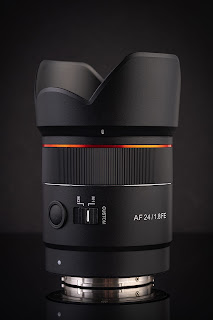