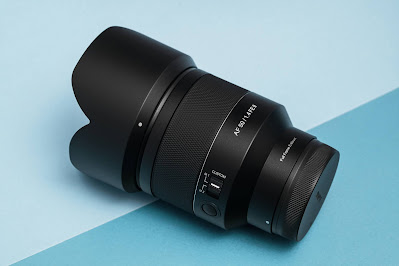 The initial lens I tested when I became ambassador for Samyang back in 2016 was Samyang's first-ever autofocus lens, the AF 50mm f1.4 FE. Fast-forward five years, with numerous autofocus lenses across the three main consumer camera mounts, Samyang are now releasing an updated mark 2 version of the lens. This lens follows on from the other two brand-new lenses released this Autumn including a brand new 24-70mm Zoom lens and a 12mm AF lens for Fuji X-Mount (both lenses are Samyang firsts).

When I look back at my review of the original AF 50mm f1.4 lens I mention that it had fast AF. This was around the time I was switching from Sony A Mount to E Mount so a lot of my lenses at that time were adapted which made me used to slower autofocus performance. When I compare the mk2 model to the original version, the difference in speed is incredible. However, It’s worth noting that the original 50mm lens was Samyang's very first AF lens, so some teething issues could be expected. Many videographers complained about the AF motor noise on the older version and slow AF performance. Neither of these issues bothered me as the sort of stuff I shoot doesn’t require speed or silent AF but I can see why the performance of the lens could annoy some photographers/videographers.

The new, updated version of this lens has by far better AF performance. It's faster, quieter and better in low light. The update also brings a focus hold button and a Custom switch which has appeared on the last few E-Mount lens releases from Samyang. A very nice addition which allows the user to adjust camera settings via the focus ring when set to position 2. The lens features a more matte finish similar to the AF 24mm f1.8 FE released earlier this year which I really like. Samyang have done a great job when designing the updated lens. Instead of the 67mm filter thread on the original 50mm, the updated version features a slightly bigger diameter filter thread of 72mm making it a slightly wider lens overall. It also features weather sealing, which the original lens did not. This is something Samyang has brought to the newer lenses released in the last 18 - 24 months. It has an aperture range from f1.4 up to f16 which is pretty standard for a lens of this type. It features a minimum focusing distance of 40cm (from subject to sensor) which is slightly better than the original lens which had a minimum focus distance of 45cm. It also has a slightly more complex construction with its 11 elements in 8 groups as opposed to the 9 elements in 8 groups of the older model. Samyang have done a great job when designing the updated lens. Despite it being slightly wider and having a more complex build, the new model weighs quite considerably less than the original lens. 420g for the new lens versus 585g for the older model.

I really like how Samyang have designed the update to this lens and made it a little smaller and lighter. I'm always trying to reduce the weight of the kit I carry to shoots. The sharpness of the lens is good and the colours and contrast punchy. Of course, these things can be edited to suit in a photo editing app like Lightroom or Capture One. I haven't noticed any chromatic abberation, but that's not to say this lens doesn't render the images without any. However, this can fixed with a simple click in Lightroom. I haven't had chance to test out how the lens performs in regard to flaring, but I have been very impressed overall with how this lens has performed for me on numerous shoots for clients since I've had the lens. For a few years the 50mm was one of my most used lenses, especially for shooting food (mainly top-down shots) as I liked the look the lens gave. This new, updated version will replace the old version in my camera bag and will form part of my fundamental kit for restaurant and food photography.

For more information on Samyang products, please take a look at their website - samyanglensglobal.com and subscribe to their newsletter to keep up to date with product news. If you're based in the UK then check out UK distributor Holdan. 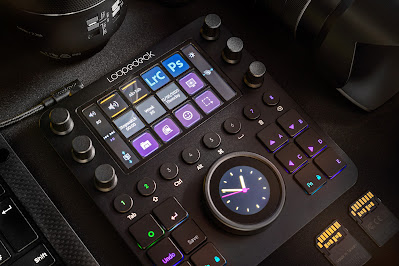