Back last year Samyang added to their line-up of autofocus lenses by bringing out the AF 35mm f2.8 FE lens (again for Sony E-mount). This lens is tiny but it certainly is more than capable of producing great images. It's no surprise that the AF 35mm f2.8 went on to win a TIPA World Award 2018 as best CSC Prime Lens. Read my review of this lens here.

Samyang's first new Sony E-mount lens for 2018 is this AF 24mm f2.8 FE which comes with the tagline "Tiny But Wide". Weighing in at a very lean 93g (without lens cap and hood) and with very similar dimensions as the AF 35mm f2.8 it's safe to say that Samyang are trying to follow the same successful "formula" and continue making small but great lenses.


I must admit that 24mm is a focal length that I don't use very often. I have a 24-70mm f2.8 Zeiss lens that I use but not too frequently at the wide end. However, as this lens is so small, lightweight and won't take up much room alongside some of my other kit, I can't see a reason why I wouldn't take it everywhere with me as I have done with my AF 35mm f2.8 FE since I initially tested it last year.


Samyang's second "Pancake" lens has a similar size and design as the AF 35mm f2.8 but has a slightly larger focus ring. It also comes with a detachable lens hood, has a 49mm filter thread and an 82.1° field of view on full frame cameras and 60° or 36mm on APS-C (cropped sensor) cameras. The lens is made up of 7 elements in 7 groups, including 3 aspherical lenses, 2 high-refractive lenses, plus Ultra Multi Coating which improves clarity and sharpness of images whilst reducing ghosting and lens flare. It has 7 aperture blades and a minimum focus distance of 0.24m. It also ships with the same compact lens pouch as the AF 35mm f2.8 which comes in handy if you want to just take this lens with you in your pocket.


This Samyang lens will enter the market up against very little in terms of direct competition for Sony E-mount full frame prime lenses. Aside from Samyang's manual focus 24mm f1.4 and their 24mm f3.5 Tilt-shift lens the only other full frame 24mm prime lens available in E-mount is Sigma's ART 24mm f1.4 which costs around £800.00. The Sony Zeiss 24mm f1.8 which costs around £800.00 on Amazon but is only compatible with APS-C sensor cameras so not really a direct competitor. There's also the Zeiss Batis 25mm f2 which offers a similar focal length with a slightly wider maximum aperture. However the Zeiss Batis is another big, heavy lens and is somewhat expensive in comparison to the Samyang as it costs around £1,000.00. This new lens from Samyang is a lot smaller than both the Sigma and the Batis and because of that has a narrower maximum aperture. The difference in price is also hugely appealing with the Samyang SRP at £279.99 which is a fraction of the cost of the Sigma.

As you can see from the five images below taken at different apertures the lens performs very well throughout the aperture range. However there is noticeable vignetting at f2.8 and f22. F5.6 has less vignetting with the "sweet spot" of the lens coming in unsurprisingly at f8. 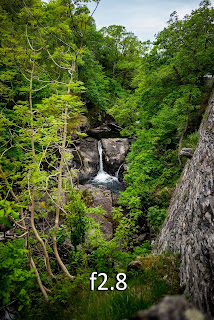 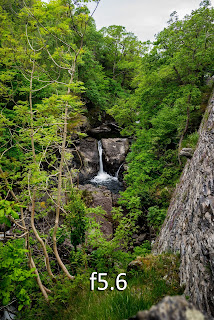 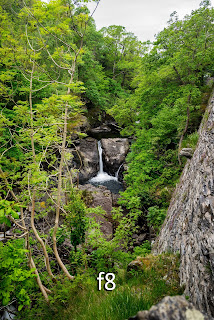 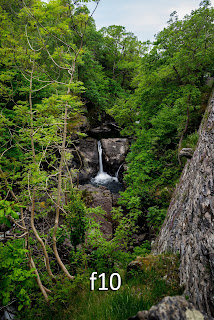 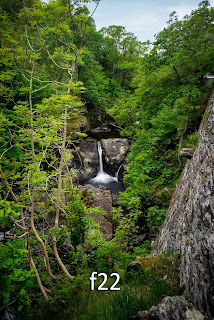 Conclusion
During my time with this lens so far I have been very impressed with how fast and accurate the autofocus performs, even in low light. The fastest of all of the AF lenses by Samyang so far. I think it says a lot that this lens performs so well even on my Sony A7R given the unreasonably bad AF performance of that particular camera when it comes to moving subjects due to it only having the vastly inferior contrast detection AF system. Undoubtedly this lens will perform even better and far more accurately on a later model Sony A7 series camera like the A7iii, the A9 or even an A6XXX series APS-C camera with a phase detection autofocus system. A possible downside to the lens for some photographers may be that due to it's size it doesn't feature a distance or depth of field scale. This lens also lacks weather sealing. Samyang's AF lenses (AF 14mm f2.8 EF & AF 85mm f1.4 EF) for Canon have both featured a rubber weather sealing gasket at the rear of the lens. Maybe this could be something that Samyang introduce on future Sony E-mount lenses. However, this lens is very enjoyable to shoot with partly down to it being so compact and light weight but also the stunning, detailed images that it can produce. It does show some signs of chromatic aberration but this can be easily combatted with a simple click in Lightroom or other editing software. Despite being a lens with a relatively wide focal length it produces pleasing bokeh (out of focus areas) but you need to position the lens pretty close to your subject to get a shallow depth of field with the background. The lens is focus by wire and seems pretty responsive when in manual focus. This lens will no doubt appeal to travel and street photographers looking to carry a compact, lightweight yet well-performing lens and at a very competitive price point. I have a feeling that this lens will do very well for Samyang.

Check out the images below. All test images were taken with my Sony A7R.


A week after the AF 24mm f2.8 FE was announced Samyang also announced their second AF lens for Canon mount - the AF 85mm f1.4 EF. I hope that Samyang also bring this lens to Sony E-mount as I know how successful this lens could prove for them. Time will tell I guess.

Check out my reviews for the rest of Samyang's AF lens line-up for Sony E-mount below:

I'd like to thank Alice and all involved at Samyang Korea for sending the lens out to me for testing.

Take a look at some other reviews of the AF 24mm f2.8 FE lens via these links: